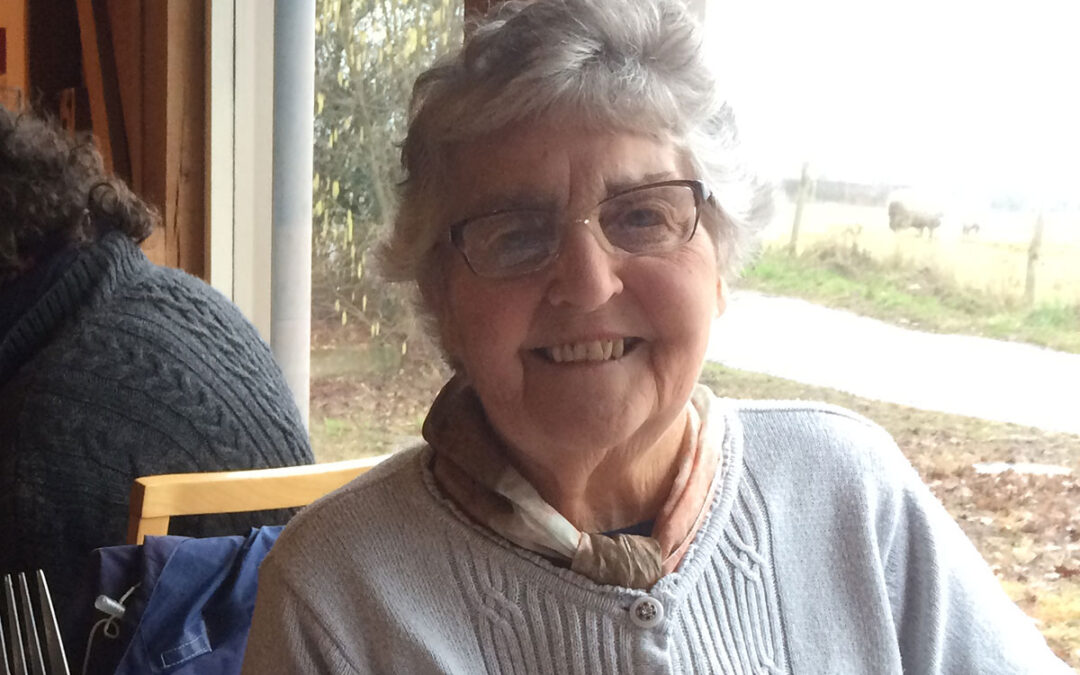 Observing my Mum with her diagnosis of Alzheimers with Vascular Dementia.

I remember before she was first diagnosed, it was New Year’s Eve, friend Julie was spending the evening with Mum and me. We were all watching the telly, waiting for the countdown to midnight and New Year’s Day, for Big Ben and the fireworks. We were all together in the same room when Big Ben struck twelve and, moments later, the fireworks began. A few seconds into the fireworks, Mum turned to me, all indignant, and said “Where was I, I didn’t hear Big Ben strike, did we not have that this year, what happened to Big Ben?”. And I thought, well Mum, where did you go for those seconds that Big Ben was striking twelve? Was it the Alzheimers (‘goldfish memory’) or did you just flip into a different dimension and then back again?

Another time, when Ross (my younger brother) and his family were living with and caring for Mum, he would say that Mum had told him to “tell those girls not to come into my room and disturb me in the morning”, or that the visitors who were there before had gone. We could all put this down to her dementia, losing her grip on reality but then did she really see people that we couldn’t? In her reality? Do we all have our own personal reality? Just because we couldn’t see those people, who’s to say that they weren’t really there, just in another reality? Mum’s reality?

And most recently, I have been considering timelines. I love toying with the idea of time, how often I’ve been told in spiritual readings or teachings that ‘on the other side’ time is not linear, five minutes is the same as five years and everything happens at the same time. Takes some thinking about. An explanation I heard of Quantum time was to imagine a painting – the hours it took the painter to produce the final result, we see in an instant when we look at that finished picture. All that time, condensed into one image (I do feel I have to add that I may not be representing Quantum time correctly in that explanation!). Also, thinking about time, I love to consider that, when seeing a friend or family member I haven’t seen for years, it seems no time has passed since we saw each other, because for us it’s the next moment in time.

And so to Mum, her dementia and timelines. It seems to me that Mum is losing the sense of linear time and slipping into a world where everything is possible and all things exist and happen at the same time. A world where she is a child and I am a grown up, where her mother is my mother, where her mother just got a new job, where I often take her Mum ‘up north’ so she doesn’t get to see her. It seems Mum’s reality now is a world where timelines don’t exist and all things she has experienced in her life just ‘are’, they don’t need to fit into any kind of order and whilst that seems confusing (and sometimes frightening) to me, it makes perfect sense to her.

Discussing this on the beach today with friend Anna, we spoke about Mum’s inability to now make a cup of tea, or sometimes even what to do with a cup of tea when it’s placed in front of her, and how does that fit in with this idea of her moving to a nonlinear time? If we consider that Mum is moving into spirit, moving closer to wherever we go when we leave our physical bodies on this earth, then she wouldn’t need those skills, wouldn’t need to know how to make a cup of tea, as those are skills required on this physical earth, not in spirit world (or that dimension or however you want to refer to it). Could it be that Mum is moving towards enlightenment through her dementia? Is she letting go of all those physical earthly skills and knowledge because she is moving into an enlightened state? Has she already been spending time in the spirit world, slipping back and forth, spending time with her Mum as a little girl and the next moment sitting in an armchair having a cup of tea with me?

It seems to me that, as we are all different, so every person’s experience of dementia is different. This is my experience of my Mum’s dementia, which won’t be the same as anyone else. But perhaps, if you have a spiritual belief and know someone who is living through dementia, this might give a different perspective on it and perhaps some food for thought.